I am always eager to sneak out somewhere on weekends and leave my footprints on a new place.

I was on an office-related trip to the US for a few months in late last year. I had already planned to visit a few places during the weekends and explore the most!

It was my weekend in Philadelphia, Pennsylvania - Birthplace of the American Independence.  It is just a couple of hour's journey from New York.  I took an early morning bus to reach there and for the first time in my life, I booked my stay in a hostel - City House Hostel. I was very excited to experience the shared room on a bunk bed and wide couches in the Common area.

This time, I did not plan my journey and decided to go with the flow - or you can say go with the roads :)

I reached to Philly, as everyone calls it, at 8 am in the morning. My hostel check-in time was 2 pm. I looked in the map, routed a path to my hostel to put my bag-pack. It was just 1.6 km (1 mile) away from the bus terminal. I chose to take a walk and there started a series of events that made my visit a perfect trip!!

Winter had started and temperature as low as 7 degrees Celsius (45 F). High rise buildings making weather windier causing me to feel colder but not freezing! The sun was up and shining bright in the sky embellishing the beauty of Autumn!

Yes, it was Autumn! This season makes leaves look like Gold! You can never be angry in Autumn because of the beauty in your vicinity.

I started moving towards my hostel. Just after 10 mins of the walk, I came across a beautiful building to my right side named - Independence Hall. Visitors were rushing towards its direction. I found this as an opportunity to spend some time before checking in to my hostel.

I visited Liberty Bell -  It speaks for the rights and freedom deserved and valued by the people of the world. It was commissioned in 1752 from London. I went to the building and witnessed the carvings on the bell that give tribute to the people who helped in uniting the nation and making it free.

There is no fee to visit Liberty Bell.

I headed towards the Independence hall and figured out that it needs a ticket that can be obtained for free from the Independence Visitor Center located in front of the Liberty Bell building. I decided to get a ticket for the evening and come back later.

It was around 12 in the noon. I decided to reach the hostel and put my stuff. Luckily, due to fewer people, I was allowed to check-in early. I had a coffee and watched an episode of Quantico in the common area and took rest for an hour.

Around 2 pm in the afternoon, I went back to the Visitor Center and got a ticket for Independence Hall to visit for the evening and a 10 rides SEPTA Independence pass - local transport pass that covers both bus and subway.

I headed to Franklin Square Park. Trees in the park had a spark of colors - green, red, golden, yellow!! It was the first time in my life I was seeing a big park in the autumn season. That moment will always be at the top of my precious memories.

When it comes to hunger, no one has control over it! What could be the perfect place for lunch other than the famous old Reading Terminal Market in the heart of the city! I was still on a walk and had covered almost 9 km (5.6 miles) since morning. I went to the market passing through China Town and had a refreshing Indian Chai and Thai lunch.

It was only 3:30 pm and I had a lot of time remaining for my visit to Independence Hall. I had a ton of delicious food and needed a good walk to compensate for the calories that I had just taken! I decided to take a walk to Philadelphia City Hall.

Lying in the center, this building definitely tells the glory and is the seat of government for the city. It is not allowed for a visitor to go inside the building. I could only pass through the middle corridor to the other side of the building. The place was very calm. In the corridor, a magician was showing his tricks and a singer was warbling a melodious song! I stayed inside for a while to see some magic and enjoy the song.


I had read about a very different place - Philadelphia Magic Gardens and planned to visit. I took the train from City Hall to there and found that the tickets were sold for the day. I will talk about this "different" garden later. It was 4:30 pm in the evening. I walked to Independence Hall which was around 1.2 km (0.8 miles) from my location.

Luckily! the route to the Hall goes through Washington Square park - another beautiful place to visit in autumn! I was crossing the park and made some new Squirrel friends! They were literally responding to me and expecting some food. Unfortunately, I didn't have anything that could be fed to them.


I took the above photo when I was out for dinner.

After visiting Independence Hall, I still had plenty of daylight left. I was not tired and thirsty to visit more places!

Designated as National Historic Landmark, this place was the residence street for 32 Federal and Georgians. It was my next stop after Independence Hall. I spent 20 minutes there and observed the beautiful houses in the street.

A real Submarine and a Cruiser Ship! - Two for Zero!

I decided to spend the most beautiful part of the day, obviously evening, next to the Delaware River. I walked from Elfreth's Alley to the Spruce Street Harbor Park to see a real submarine and a cruiser ship.


I spent the rest of my evening by taking a walk at the bank and embracing the beauty and calmness of the Delaware River and Ben Franklin Bridge.

After visiting 17 places and walking almost 22 km (~ 13.5 miles) in a single day I figured out that it was the time to go back to the hostel and take some rest. 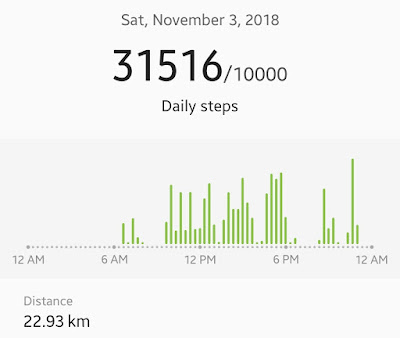 I went back and took rest for a couple of hours. In the night I went to a very nice Indian restaurant for dinner - IndeBlue. I loved the place and food. I personally called the food as - "Remixed Indian" food!

My timing couldn't be more perfect! I was very tired in the night and guess what - it was the ending of Daylight Savings timing. Yes, if you noticed I went to Philly on Nov 3rd! Which means one more extra hour of sleep!! Yay! :D

I slept for 10 hours like a baby and resumed my "Perfect Timing" trip next morning!  I will tell about the Sunday in my next blog! - My Perfect Timing to Visit Philadelphia - Day 2

Let me know your comments and share your experiences with all :)

Popular posts from this blog

Pallangi, Kodaikanal - Why It Become My Favorite Destination Near Madurai

Friday, August 9, 2019 Pallangi,  situated 10 km northwest of the Kodaikanal, Tamil Nadu, is a place full of scenic beauties. It lies in the valley covered by the mountains from all the sides and beautiful waterfalls! Pallangi, Tamil Nadu
Read More >> 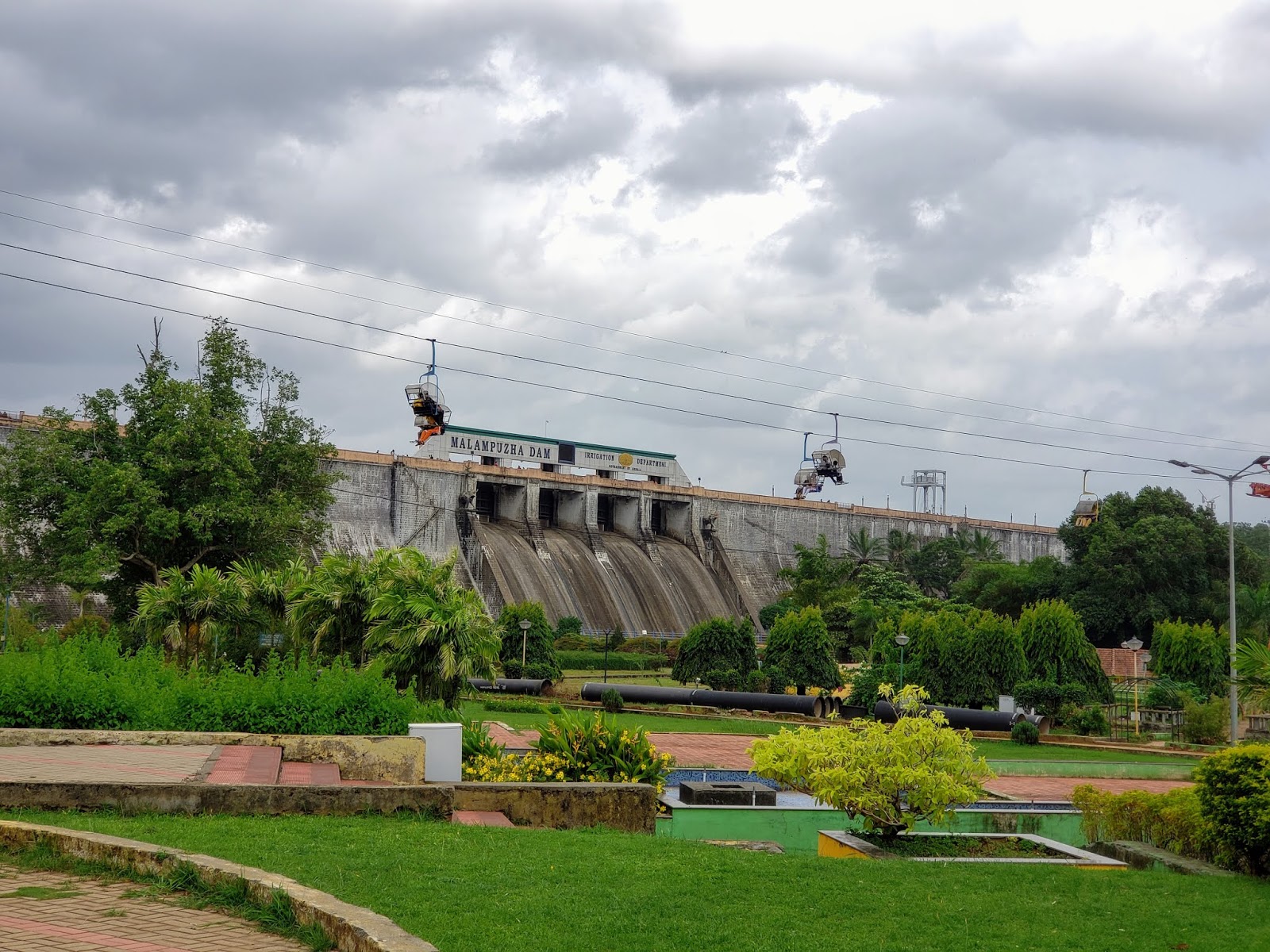 Malampuzha dam, a small place near Palakkad, Kerala is the largest reservoir in Kerala. I had been looking for places to visit near Coimbatore and came across this beautiful place hidden in the South West of the city!
Read More >>

The Western Ghats is one of the most beautiful mountain ranges in India. It extends from Gujrat to Kerala (North to South) covering Maharashtra, Goa, Karnataka, and Tamil Nadu. The total length of the Western Ghats is 1600 km  with a width of 100 km  covering an area of 160,000 square kilometers. The highest peak in the Western Ghats is Anamudi, Kerala in the Eravikulam National Park with an elevation of 2,695 m   (8,842 ft) .
Read More >> 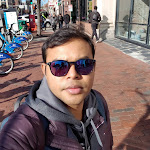